The Browns & Golds of November 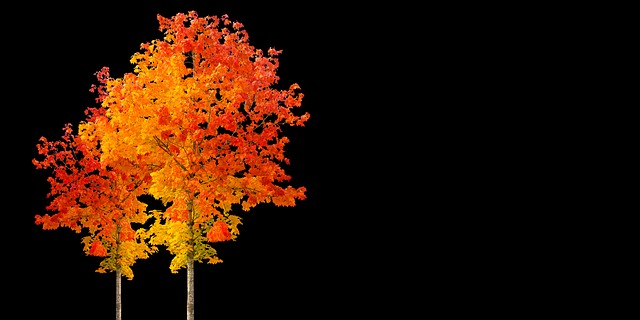 Now that Summer is gone, gone, gone, and the oranges and reds of October have peaked and we will soon be left with browns and golds to remind us that Autumn is really here.

I thought I’d visit with the browns and golds in gemstones and metals.

I think it’s fun to find out the backstory for some of my favorite materials…come join me.

Most people think of blues and greens when they think of opals, but the Boulder Opal is distinguished by their layer of solid brown ironstone left on the back of the stone.

Boulder opals, as the name suggests, are mined from large ironstone boulders under the ground, and only in Queensland, Australia.

Thin veins of colorful opal form in cracks and fissures in these boulders.

Because these veins of color are so thin, opal cutters need to leave the ironstone on the back of the opal to form a full-sized stone.

The thin layer of opal in boulder opals can display any color of the spectrum in a beautiful play of color. 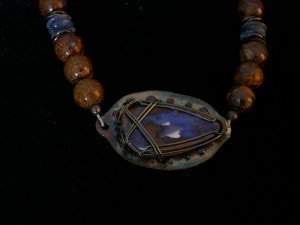 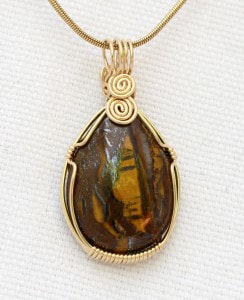 Tiger Eye is a gemstone that is usually a metamorphic rock that is a golden to red-brown color, with a silky luster.

It is actually from the quartz family.

Septarian Jasper, also sometimes called Dragonstone, was created as a result of volcanic eruptions during which dead sea life was chemically attracted to the sediment around them, forming mud balls.

As the ocean receded, the balls dried and cracked. They also shrank in size, creating the cracks inside.

The name Septarian comes from the Latin word “septem”, meaning seven, because the mud balls had a tendency to crack in 7 points in every direction, thereby creating the distinctive pattern these nodules exhibit. 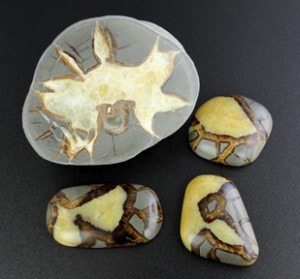 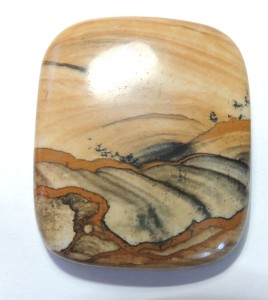 Picture Jaspers exhibit combinations of patterns (such as banding from flow or depositional patterns from water or wind) or color variations resulting in what appear to be scenes or images, on a cut section.

Smoky Quartz is a smoky-gray, brown to black quartz colored by Aluminum-based and irradiation-induced color centers.

It’s healing properties are said to bring strength and stability, and a sense of personal pride. 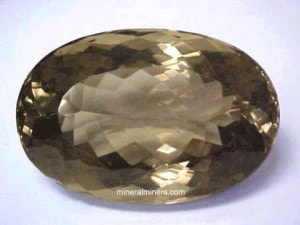 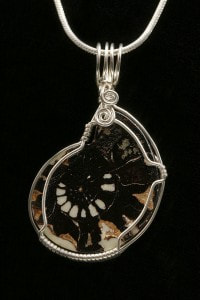 Ammonite are an extinct group of marine mollusk animals and are more closely related to octopuses, squid, and cuttlefish than they are to shelled nautiloids such as the living Nautilus species.

Peitersite was discovered by Sid Pieters in 1962 while he was prospecting some farmland in Namibia, Africa.

Colors include various blues, golds and reds, that may appear together or alone. Blue is the rarest color, followed by red.

The blues range from a baby blue to dark midnight hue. Golds can be light to very deep and rich, sometimes having a reddish hue. 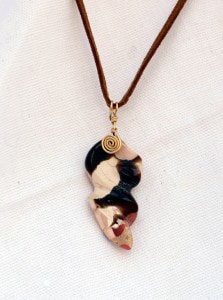 Peanut Wood is, in fact, a “Petrified Wood”, a tree that has over a period of time turned into stone;

The original living matter is normally replaced with silicate such as Quartz. Peanut Wood however, is not your normal Petrified Wood.

Before it became petrified, it was swept into the ocean. The ocean washed and cleaned the wood and turned it into something that would resemble driftwood that you might see on a beach today.

In the ocean, this driftwood came under attack from shellfish known as Shipworm. Just like wood worms, they created little bore holes and tunnels into the wood.

As the wood got heavier and heavier as the attacks increased, it was no longer able to float and sank to the sea bed. Here the bore holes became filled with a lightly-coloured sediment.

Over a period of time, the wood became covered with more and more layers of mud and sediment and eventually, the petrification process began.

Its name Peanut Wood was given to the gemstone as the lightly colored boreholes resemble peanuts trapped in a delicious toffee.

Petrified Palm is the state stone of Texas and the state fossil of Louisiana. It comes from palm trees between 20 – 40 million years ago, give or take a few years.

The characteristic spotted look of palmwood is from the rod like structures within the grain of the wood.

Depending upon the angle the lapidary uses to cut the stone, these structures show up as spots, tapering rods, or lines. 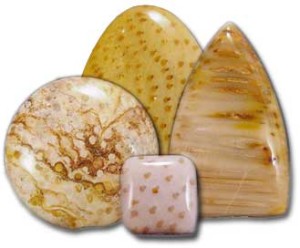 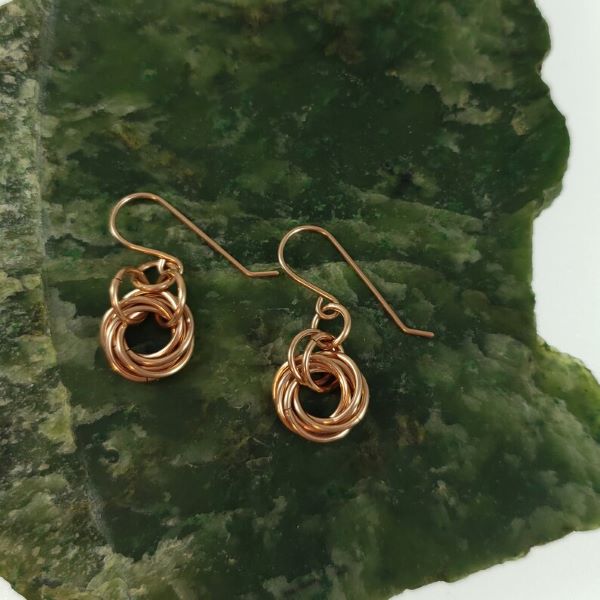 Copper was, according to archeological finds, the first metal to be used by Neolithic mankind to supplement his stone tools over 10,000 years ago.

Antique Copper is copper that has a dark patina.

Gold has been known since prehistoric times and was also one of the first metals to be worked, mainly because it was to be found as nuggets or as particles in the beds of streams.

Such was the demand that by 2000 BC the Egyptians began mining gold. The death mask of Tutankhamen, who died in 1323 BC, contained 100 kg of the metal.

The minting of gold coins began around 640 BC in the Kingdom of Lydia (situated in what is now modern Turkey).

The first pure gold coins were minted in the reign of King Croesus, who ruled from 561–547 BC. 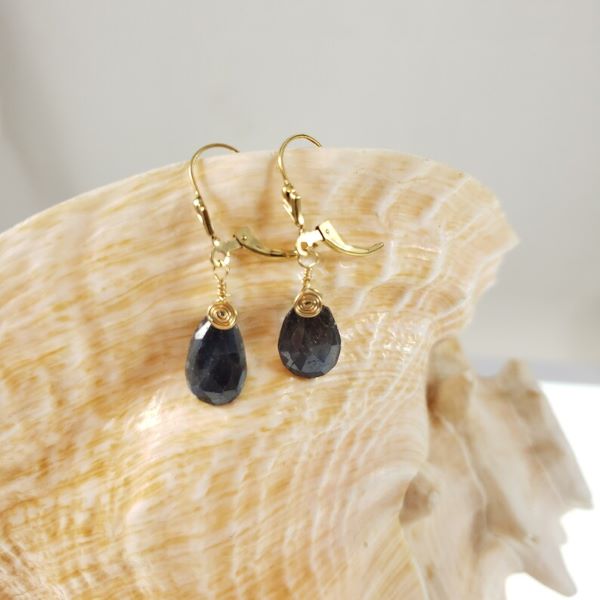 So there you have it, a brief history and education on the browns & golds of November.

If you see any of the gemstones that you love, please remember that I love doing custom work, so contact me and let’s design your pieces together.